When you Wrestle with God

When you Wrestle with God 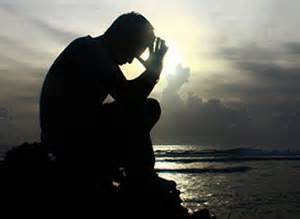 Some of the biggest blessings in my life came from the challenges I fought tooth and nail to avoid.

It’s true. I must confess, JGP encompasses everything I never wanted. Leadership, talking to people, money matters, math, marketing, creative design, etc. I have fought with the Lord about this every step of the way. It started with a small choice, one that I could never have fathomed would have such lasting repercussions. It wasn’t when I started writing. It wasn’t when I first got back from Thailand. It was farther back. Back when I lived in Houston, TX, and worked as a barista at Starbucks. For a week I was left alone in the large house that I was used to sharing with a large family. At 21 years of age, this frightened me more than it should have, but Houston is not a safe city, and there are many reasons why I was scared (that, for the purpose of time, I will not go into). I would not have chosen to stay, but my job required it.

That week I was truly left alone with God. I found I had hours available for Bible study and prayer. The hours I spent with God were wonderful, peaceful. But before long, something started tugging on my heart. Children. Orphans. I started reading and found organization after organization all over the world that allowed you to support a child for $30 a month. Thoughts started playing at the edge of my mind. Thoughts about supporting these orphans who needed to be shown love. My mind (or God) didn’t stop there, it reminded me that we went to a large church, a church with dozens of Sunday school classes, and each class held dozens of people. I knew that with my Starbucks paycheck I could probably support a couple of kids. But, if each Sunday school class chose to sponsor 1-2 children, we could very well sponsor a whole orphanage!

Oh the difference that can be made by joining together for the same cause!

There was only one problem. I don’t speak. Not out loud. Not to groups. And especially not when money is involved. Technically, I do have a voice, but I also have severe stage fright. This idea wouldn’t leave my mind, though. The world could be changed! For the cost of pocket change from each member of a class, lives could be made better!

When my family returned, I spoke to my sister, Nicole, and told her this wonderful idea. I begged her to be my voice and tell our class. Our entire class was used to her being my voice anyway. But Nicole refused. She lovingly told me that this was something that I needed to say. So, being me, I decided not to say anything. To drop it, sit through class quietly, and move on. BUT GOD…

God had other plans. It was anguish to sit quietly. Within minutes, I knew I HAD to speak. There was no getting around it. With shaking fingers and a rapidly beating heart, I pulled one of the leaders aside and whispered to him what had been plaguing me. The idea was well received and I practically fell into my chair when we were done talking. That was it. That was the choice that changed the entire course of my life. That decision to speak played a major part in the chain of events that has led me here.

The funny thing is, God could have let me have life my way. I could have graduated from college with a double major, spent a semester in Spain, and become the nutritionist that, at 18 years of age, I thought I wanted to be. Yes, that could have been my life. However, God knew me better than that. He knew that deep down, I craved for something else. Something more, something different, and something meaningful. He knew because he created me that way.

How did I go from future “Spanish Speaking Nutritionist” to “Author, Founder of a Nonprofit Publishing Company, Publishing Consultant, Crazy Person who Reads about Scoring Papers for Hours (and enjoys it)”? Ah. Three little words.

We can add in some more if we must…

Unfortunately, the list could continue. I’m not one of those people who always has it all together and never worries, questions, or backtracks. I stumble a lot. I stumble because I am a wimp and the moment things get tough or scary I want to run and hide behind my mommy. This life has too many insecurities, too many variables for my taste. I do not have a college degree and I do not even have a “real” job.

I am an author. I am an author because I have a kinship with written words. I may not be able to publicly speak, but give me a pen and I instantly feel at home. I am an author because the biggest thing I took away from my trip to Thailand was that God gave me a voice and I need to use it. If I don’t cry out for justice for the people I met, who will? If I don’t tell my brothers and sisters here in America what I have seen, then my trip to Thailand was pointless. I saw CHILDREN being trafficked! I saw whole families living in a dump! I saw black drinking water! And orphans! And girls who had been lied to, kidnapped, raped, forced into slavery! These aren’t things you come home from and say, “man, that was a cool trip, what’s for dinner?” NO! That’s something you come home from and start proclaiming. YOU make it known. Because the eyes of those hungry children greet you when you fall asleep on your fluffy mattress. Because, you know too much and because everyone else must know too little. Because if THEY knew, THEY would CARE. THEY would want this to end.

God told me I had a voice and I NEED to use it. I HAVE to use it. I BETTER use it. When God moves mountains for you to see the hurting and says “Now go and share what you have seen,” you don’t ignore Him. You don’t question Him. You go! And you speak.

Only in my case, I wrote. God had given me the ability to communicate through writing, and so I did. Slowly, God led me deeper into the publishing world. No matter how badly I wanted to go get a “real” job, his response was still, “No. Write. Learn.” So I did.

Slower still, God started leading me to Joseph’s Grain Publishing, and, naturally, I started trying to run the other way. I tried to take matters into my own hands. I shook my scared little head at God and, again, told him to let me go get a “real” job that had a reliable paycheck.  Preferably one where I could continue to live unnoticed by the general public. Writing under a pen name and starting an actual company are two completely different things! I was terrified, and at the first sign of trouble (and the second, and third), I tried to throw in the towel and tell myself I was wrong to try and do this. The thing is, no matter how I tried to drop this, God led me back to it. And in this experience, this wrestling with God and trying to get out of this, I was given confirmation that this wasn’t me trying to do something big and world changing by myself. THIS was God leading me.

I mentioned earlier that I could of had a different life. And I could have. And yes, I went through a lot of kicking and screaming before I got where I am. But in this kicking and screaming, God revealed something huge to me. He loves me. He loves me enough that he is willing to take everything I can throw at him and still bless me beyond my wildest dreams. Not bless me with money; remember, I still don’t have a “real” job. But He blesses me with His presence. He teaches me who He is. He knows me, and He lets me know Him. He lets me work for him. I know, without a doubt, that I am where God wants me, and I LOVE it. I LOVE this life He has drawn me into, that I didn’t plan on.

I know we are in the middle of a campaign, we are supposed to be showing our best sides and be begging for money. But that’s not us.  It’s not me, and it’s definitely not Joseph’s Grain Publishing. This company is God’s and his employees are flawed and broken.

We serve a glorious God, and if He wants this campaign to be funded, he will fund it, and I’ll do a happy dance and start printing books! If God does not choose to fund this campaign, then I’ll praise him still! The experiences we have had during this campaign are unforgettable. The relationships that have formed are priceless. The lessons God has chosen to teach me in this are ones that I would never trade in just for a successful campaign. And I know that God has a way. This is something he has led me to, and on God’s road, there are no pointless dead ends.

I’m thankful for this campaign. Life isn’t about money, and the gifts I have received in this are worth far more than a measly $7000. If you are watching us, debating whether or not to pledge to our cause, pray about it. Believe me when I say this is a God thing. And it is good. There is a chance God won’t fund this campaign, but with Kickstarter, it’s all or nothing. If we don’t meet our goal, no money is taken from your account. And if we don’t meet our goal, there will be another way. As I said, this is a God thing, I’m just along for the ride.